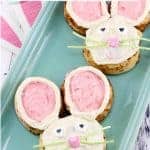 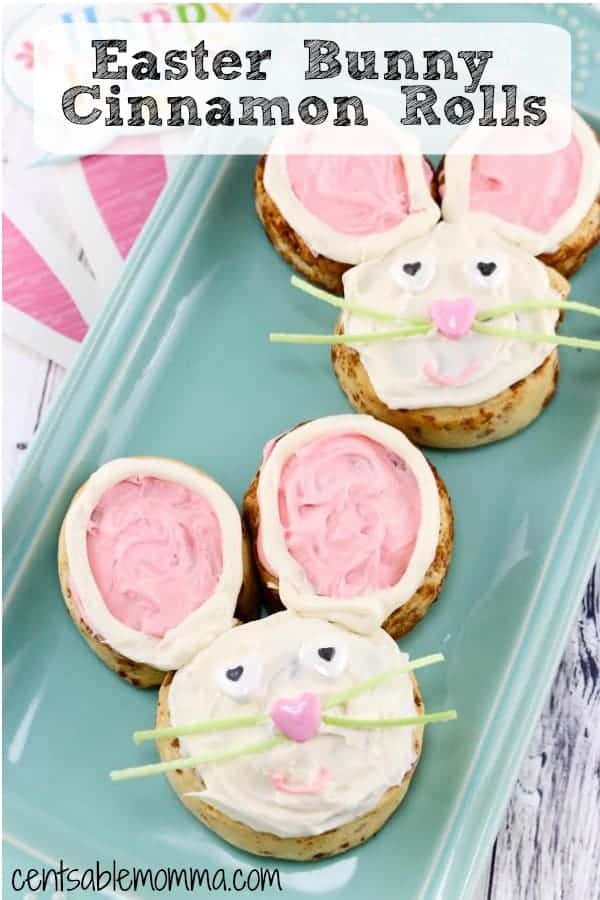 We love to have cinnamon rolls as a special breakfast for Easter, and these Easter Bunny Cinnamon Rolls are super cute and perfect for the kids.  And the best part is that they're not difficult to make! 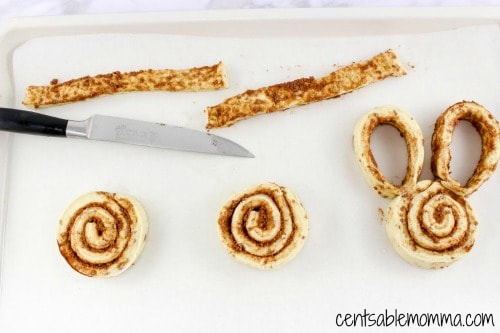 Preheat your oven to 375.  Cover a baking sheet with parchment paper and place 4 whole cinnamon rolls on the sheet.  Unroll the other cinnamon rolls from the second container and cut pieces to make oval pieces for the ears - 2 larger ovals for the outside of the ears and a smaller oval to go inside each ear.  Bake for 8-10 minutes until golden brown. 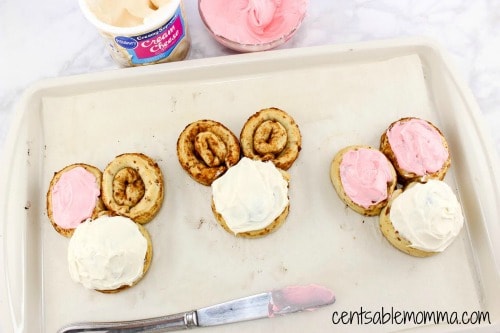 Split the frosting in half and stir in pink food coloring until mixed.  Leave the rest white.  Using a black edible decorating pen, draw hearts on the white heart candy for the eyeballs.

Once the cinnamon rolls are cooled, frost the bunny head with white frosting and the ears with pink frosting.  Add 2 white heart eyes on the face and a pink nose.  Then add edible grass whiskers.

Did you make this recipe? 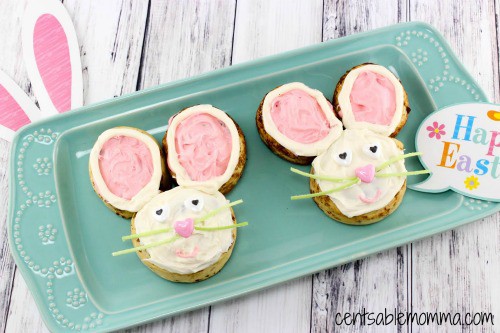 616shares
Previous Post: « FREE Kindle Book: The Lady's Maid (Prairie Dreams Book 1)
Next Post: How to Throw a Graduation Party on a Budget »