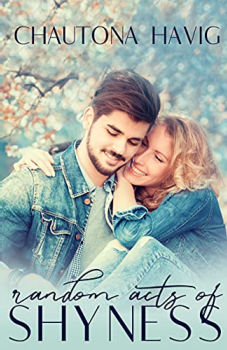 Right now, you can download Random Acts of Shyness Kindle book written by Chautona Havig for FREE from Amazon.

"That man is going to be single for the rest of his life!"

What began as a coping mechanism as a little boy became highly-effective date repellent as a man. He knows girls don’t care about the life cycle of a dung beetle, but Heath can’t help but spew facts like a docent at the zoo anytime he’s on one of his many first and only dates.

His sister is determined to fix that. So, she signs him up for the new betwixt2hearts.com matchmaking service. Her plan: simple. Just let him practice on a bunch of girls until it becomes second nature. Simple, right?

But Heath can’t get one girl out of his mind. So, with his boss’ help, and a little creativity, he embarks on a sorta-secret admirer scheme to induce her into giving him a second chance.
He's a good guy... and someday he'll figure out how to show it.

« Printable Coupon: $1 off Hidden Valley Ranch Secret Sauce + Walmart Deal
How to Make a Cross-Country Move on a Budget »