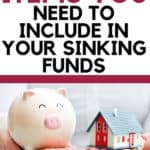 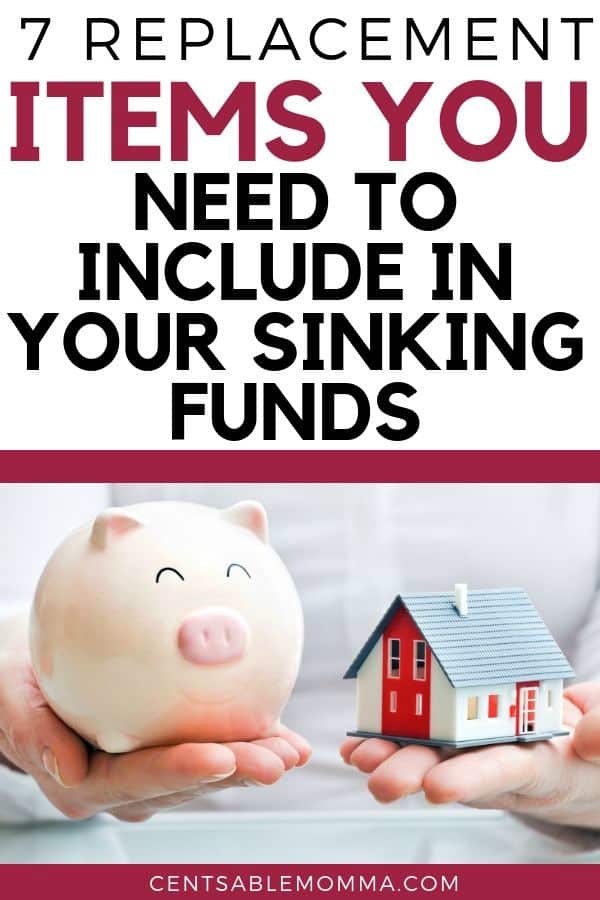 Do you hate being hit with the “unexpected?” The truth is much of what we consider unexpected should have been expected. One way to plan for these expenses is to have a sinking fund. A sinking fund is an account you add to on a regular basis to cover items that need to be replaced over and over again.

Let’s look at replacement items you need to include in your sinking funds.

Wouldn’t it be nice to be able to buy a new appliance when you needed it without going into debt? That’s why you need to include appliances into your sinking fund. You will eventually have to replace everything from your fridge to your washing machine. It’s best to be prepared.

Tires are another thing you need to be prepared to replace. Tires wear out. Even if you don’t drive often, tires can dry rot. On average, you’ll need to replace tires every 25,000 to 50,000 miles. The exact number depends on brand, your driving habits, and terrain you drive on.

Windows, roofs, and HVAC units do not last forever. You'll expect to have to replace these items at some point. Even if it’s going to be another 10 years before you need to replace your roof, it’s best to start saving now so you're ready when the time comes.

Instead of treating clothing and shoe purchases like impulse buys, put money aside in a sinking fund. You will need to purchase these items regularly.

You should also save money for yearly expenses, such as insurance renewals. You can save money on many insurance policies and memberships by paying annually. Instead of letting that cost overwhelm you each year, put aside money throughout the year to cover the expense.

Part of the year, you’ll also need to cover the cost of heating your home. If you use oil or gas (and you don't have city gas lines), you’ll need to pay to fill your tank. This can be costly, depending on the size of your tank.

Last, but not least, instead of going into debt to purchase another car, put money into a sinking fund to cover the cost in the future. For example, if you know you can afford a $300 car payment, put that money aside until you have enough to cover the cost of newer vehicle with cash.  Better to make a car payment to your sinking fund than go into debt and pay interest.

A sinking fund is a great financial resource for anyone that wants to be financially responsible. Tires, a new roof, and even a new fridge are not to be covered by your emergency fund. You want to have a sinking fund to cover these EXPECTED expenses.