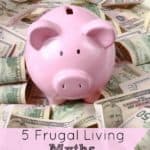 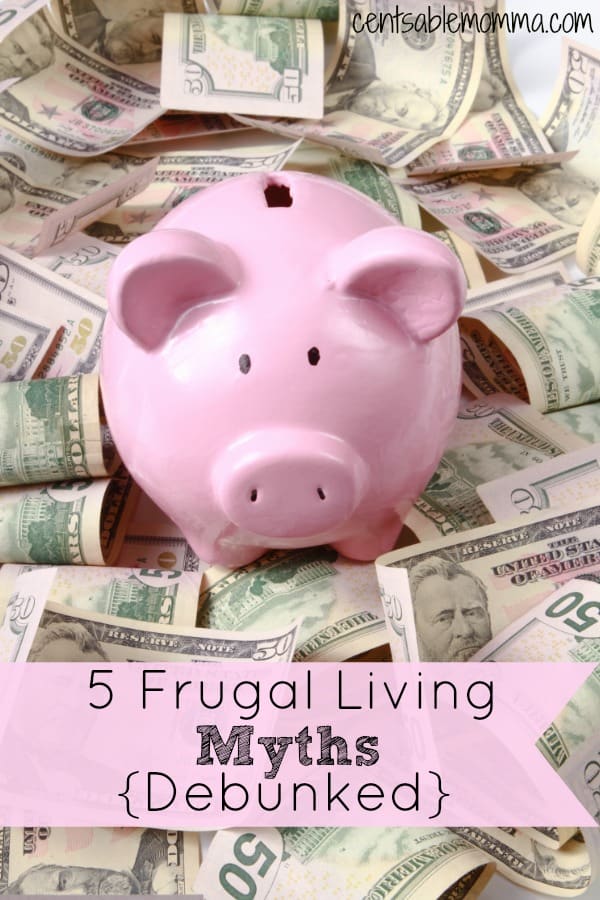 There are so many myths that people like to toss around when it comes to being frugal. The frugal lifestyle is one that is often misunderstood by outsiders. It’s thought that people are only frugal because they have to be or frugal people never have any fun. Don’t fall for these frugal living myths (because the frugal person beside you could very well be a millionaire!).

People often think that others are only being frugal because they don’t have a choice. This couldn’t be further from the truth. There are a number of people who are well off who choose to live a frugal life (and are likely well off because they don't spend money like it's going out of style). Just because you have money doesn’t mean you have to make poor decisions.

People Who Are Frugal Are Cheap or Tightwads

You Give Up the Things You Love to Be Frugal

Wrong. People who are frugal find ways to do the things they love for less. For example, frugal people choose to stream TV through services like Sling rather than paying almost three times as much for cable or satellite service.

Actually, frugal people probably have more fun than most. Why? Because they know how to do more for less. What does that mean? It means that they may be able to take their kids to the theme park for free during a special promotion or eat out more often because they know about special deals. And you know what? At the end of the day, they lay down with the knowledge that their bank account is still intact.

The Frugal Lifestyle Is Hard

Believe it or not, the frugal lifestyle is fun. It’s like a game each week. How much money can you save on groceries? Who doesn’t enjoy the high of knowing that you fed a family of four for ten dollars? Is it challenging at times? Yes. Is it hard? No.

Being frugal isn’t for everyone. The biggest reason is because people are often so close-minded to the idea. They firmly believe these frugal living myths and aren’t willing to try. The truth is being frugal changes your life for the better. If you want to have more fun and still have money in the bank, come to the frugal side.