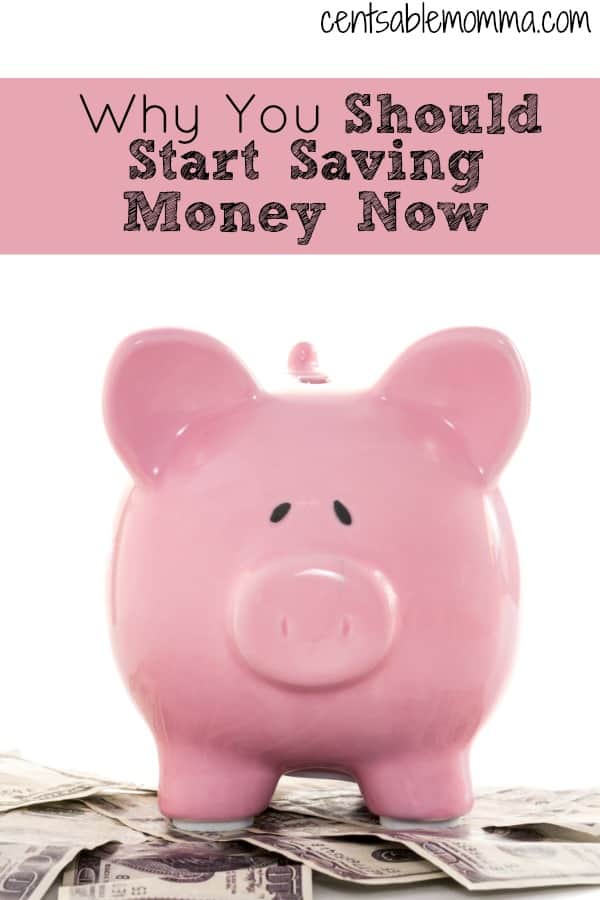 A mindset that many of us fall into is that we don't have enough money to save to make a difference. You may think that you have so little left over each week that you might as well spend it. This couldn't be further from the truth. There are so many reasons you need to start saving money now. Let's take a closer look.

A Little Bit Now Can Be a Lot Later

You may think that putting away $20 a week isn't going to make a difference. However, think about if you'd started putting $20 back each week, five years ago. You'd now have over $6,200 in the bank plus interest. That $20 may not seem like much now, but it really does grow. Whatever you can save each week, do it.

It Will Become a Habit

Even if you're only able to save a tiny bit of money now, it creates a great habit. When you get in the habit of saving money each week, it becomes easier and easier.

Some people have great results with the 52 week savings challenge in which you put back money each week, adding a bit more each week. You start with $1 on week one and then $2 on week two until you reach $52 on week fifty-two.

It may not seem like much, but it does add up. Even if there's a week where you can't save as much as you should, saving something each week will keep you in the habit.

Think of all the years you didn't save money. Let's say you're 35 years old. If you have started saving money at 25, you'd have thousands of dollars in the bank. Do you really want to lose any more time?

Using the example above, you would have already missed out on saving over $12,000. Do you really want to lose out on all that money by spending it now on some frivolous?

Don't get caught up in having to save 10% of your income. The important thing is that you start saving money now, even if it's just a little bit. Not only can that money add up, but when you start making more money, you'll already be in the habit of saving money, you'll just need to start saving a bit more. Do you really want to lose any more time? Even if you can only save $1 a week, do it and do it now.