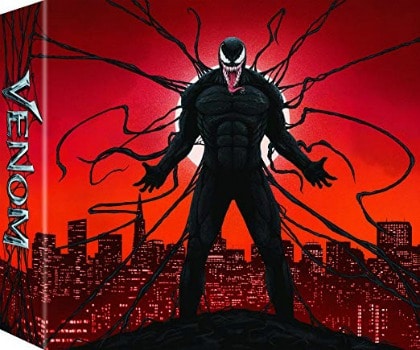 Right now, you can preorder the Venom Blu-ray for only $12.11 (61% off) with FREE Super Saver shipping (or with Amazon Prime).

The movie will be released on 12/18/18 and includes the preorder price guarantee, so if the price drops before the release date, you'll get the lowest price. Remember, if you find a better deal closer to the release date, you can always cancel your Amazon order since you're not charged until your order ships.

One of Marvel's greatest and most complex characters takes center stage as Eddie Brock ( Tom Hardy) becomes the host for the alien symbiote Venom. Upon investigating one of Drake's experiments, the alien Venom merges with Eddie's body, and he suddenly had incredible new superpowers, as well as the chance to do just about whatever he wants.